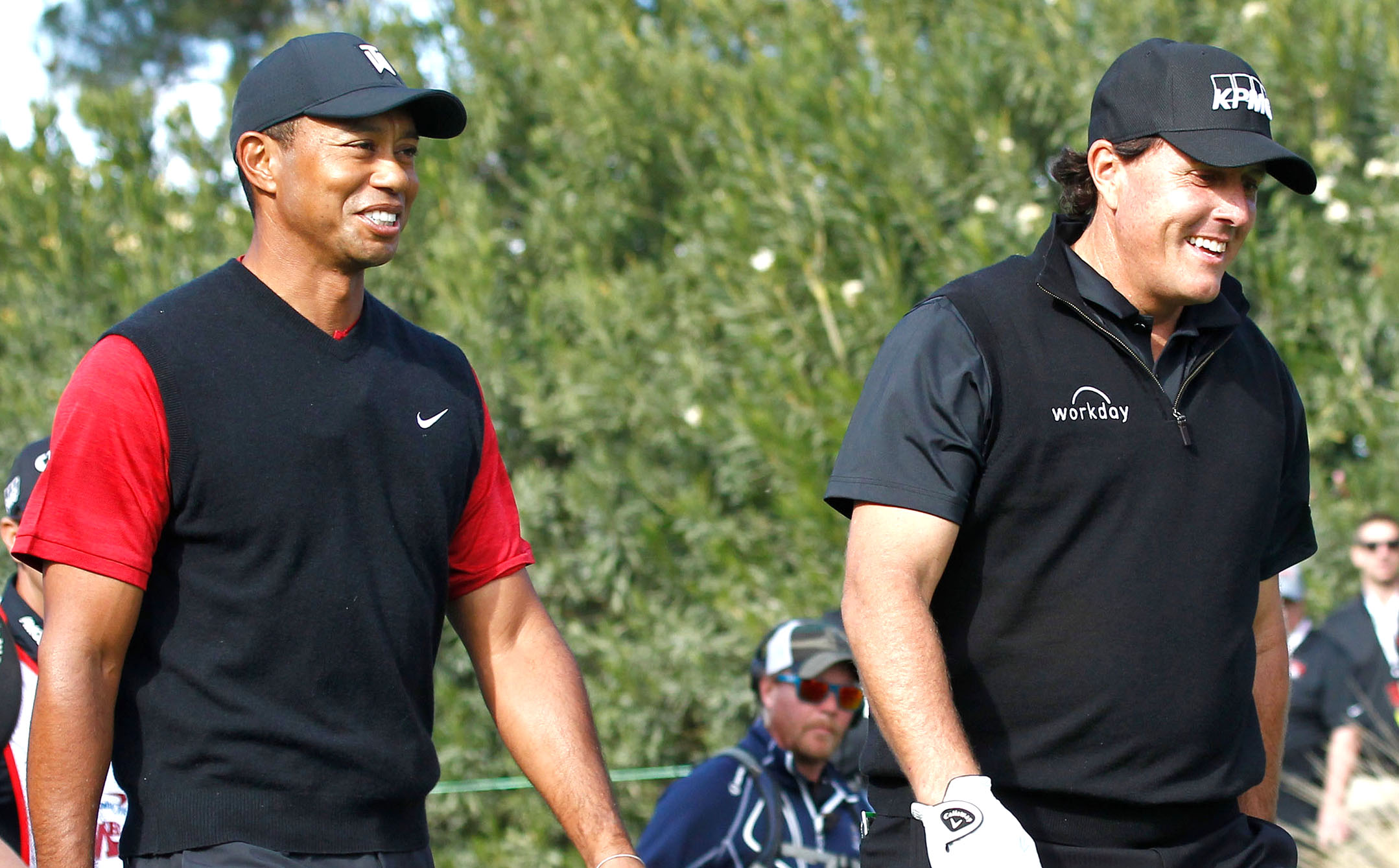 Tiger Woods’ biggest rival in his prime tweeted out his well wishes for the golfing legend, who was in a single-car crash on Tuesday.

“We are all pulling for you, Tiger,” the 50-year-old Phil Mickelson tweeted. “We are so sorry that you and your family are going through this tough time. Everyone hopes and prays for your full and speedy recovery.”

Woods, 45, suffered multiple leg fractures in the crash that required immediate surgery. He was conscious and alert as he was pulled out through the front windshield of a badly damaged luxury SUV following the wreck in Rancho Palos Verdes, according to the Los Angeles County Sheriff’s Department.

Mickelson was the No. 2 golfer in the world during much of the time of Woods’ dominance, and they were known to be bitter rivals. In the later years, the two golfing greats have become friends and have been the stars of the “Match” and “Match 2” — two made-for-TV golfing events.

Though Mickelson’s career has been impressive, his résumé is no match for Woods. Woods has captured 15 majors and 82 PGA Tour events, tied for the most ever with Sam Sneed. Mickelson, on the other hand, has won five majors and 44 PGA Tour events.

Earlier, Jack Nicklaus, Justin Thomas and other members of the golf world expressed their support for Woods.