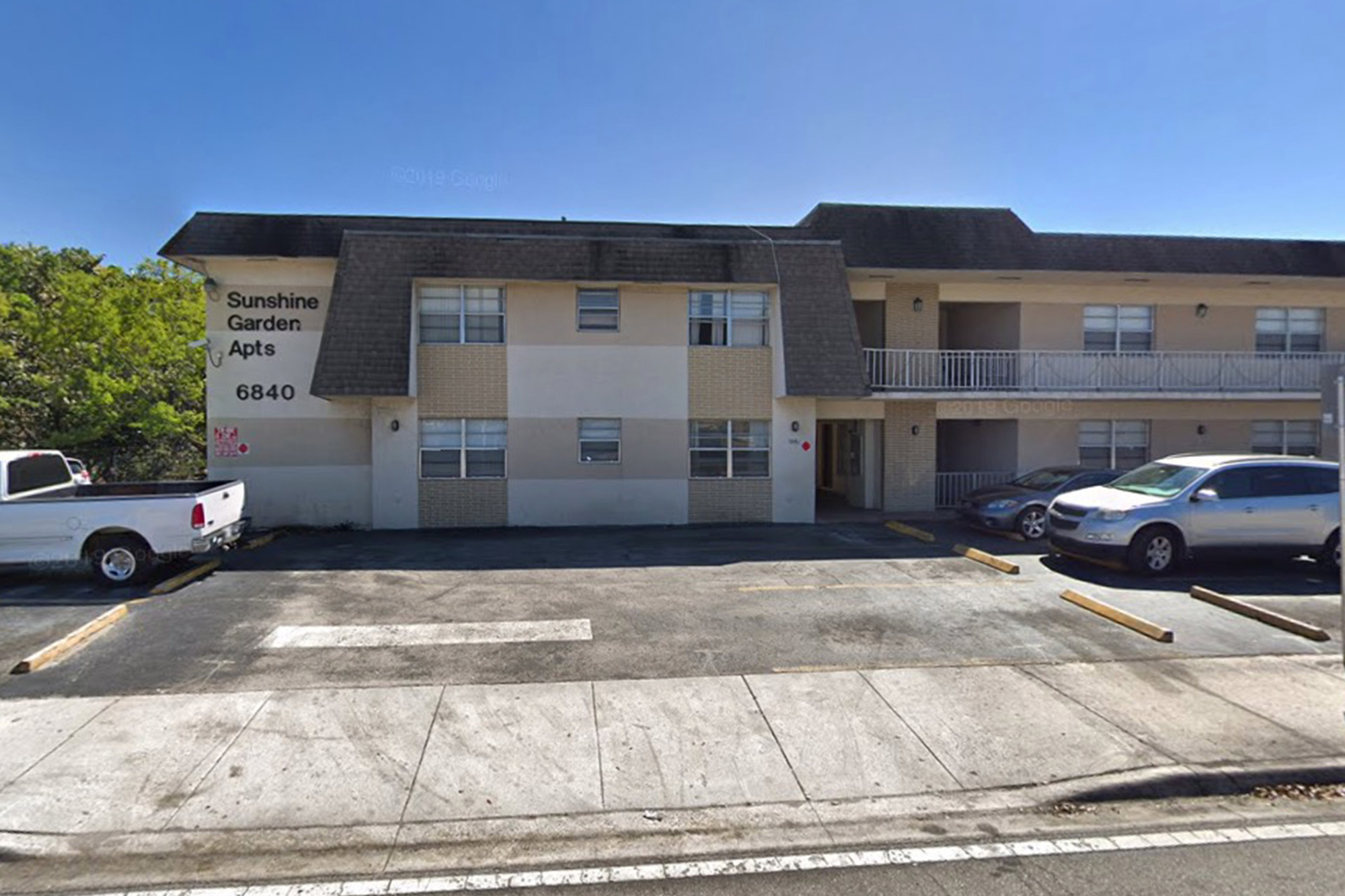 A naked man clutching a Bible was shot as he knocked on doors of a Florida apartment complex on Wednesday, authorities said.

The victim was carrying the Good Book when he was wounded outside the Sunshine Garden Apartments in Pembroke Pines around 8:45 a.m., the South Florida South Sentinel reported.

Cops were already on their way to scene when they received a call from a man confessing he had shot the victim, according to the Pembroke Pines Police Department.

When officers arrived, the naked man was on the ground bleeding. He was taken to a local hospital in critical condition.

The alleged shooter was later detained and being questioned. Police have not released the identities of the men.

Resident Destiny Williams recalled the naked man made lewd comments towards her.

“He was knocking on doors and when you open it he was like, ‘You want some of this?’ pointing to his private area,” she told South Florida South Sentinel. “That was crazy.”

“I’ve never seen him before,” Williams added. “He doesn’t live here. I don’t know why the hell he’d be running around with no clothes on.”

Annika Sorenstam returns to LPGA for tourney on home course