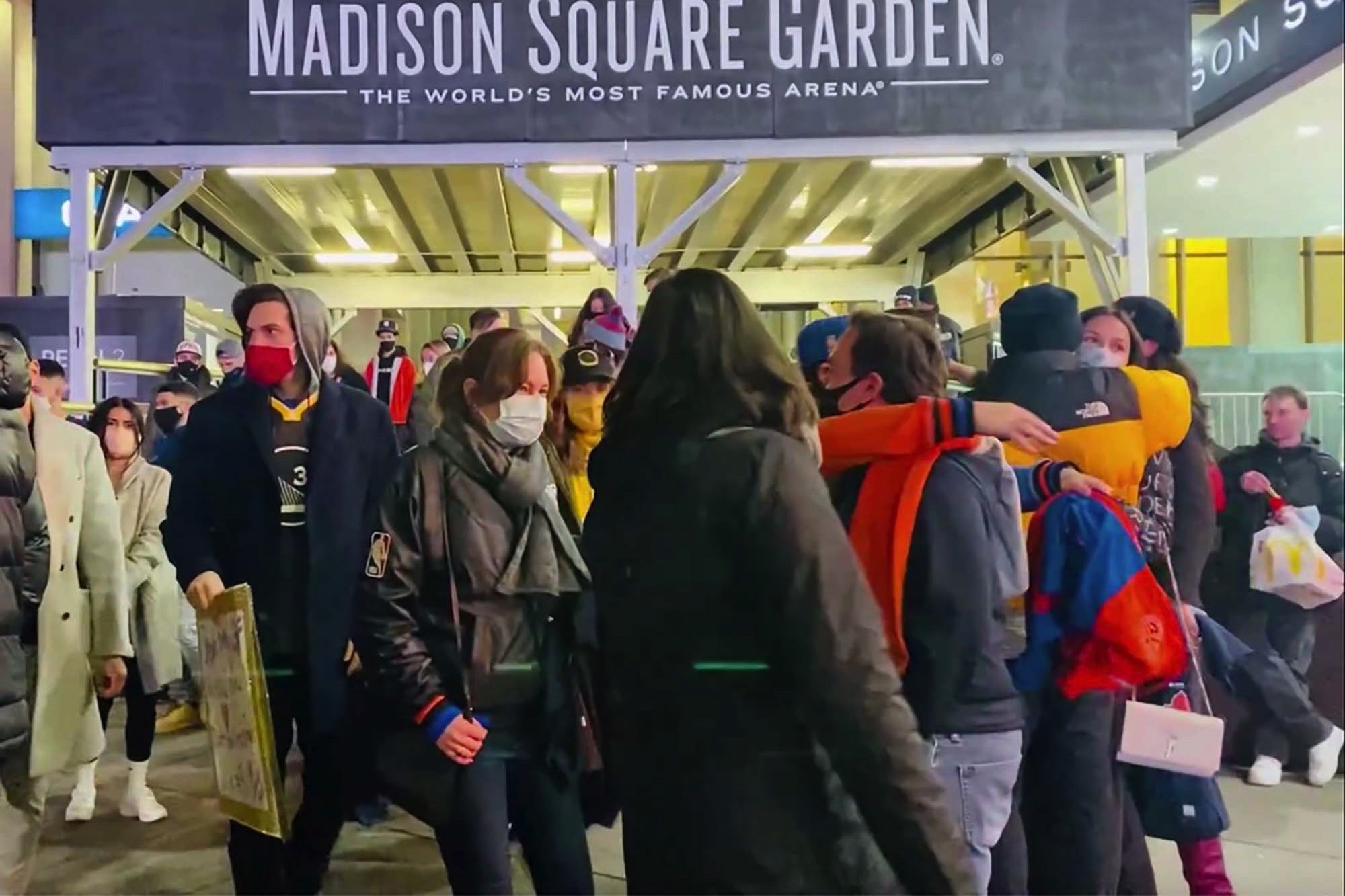 Fans of both the Knicks and Nets returned to their teams’ arenas on Tuesday night to watch the action on the court in-person for the first time in nearly a year.

“Only real Knick fans were there — completely die hard. The Knicks almost won, but it wouldn’t have been a Knicks game if they didn’t lose,” said Soffer, an Upper East Side resident who attended the game with two friends.

Soffer and other fans said that the games signaled somewhat of a return to a sense of normalcy — albeit a socially-distanced one with many guidelines in place.

“Unbelievable amount of hand sanitizer,” said Soffer. “They made ads with the players talking about standing six feet apart.”

Inside the arena, whole rows of seats were blocked off to promote a safe distance.

“Felt nice to get out of the house,” another Knicks fan, Kastriot Rukir, said after the game “One of the best nights in a long time.”

In Brooklyn, 300 Nets fans were permitted into the Barclays Center on Tuesday — emboldened by their team’s victory over the Sacramento Kings.

“The capacity is different, the guidelines are different but it was a lively crowd,” said Brooklyn resident Tyki Irving.

“There were people who were sitting next to me in a suite who were like, you know, crying out to the players,” she said.

Ample COVID-19 protocols were also in place at the Barclays Center.

“They took a lot of precautions. We had to be tested twice, once on Sunday – again once before we came in,” said fan Michelle Gall. “The energy was exciting, I think people were just happy to be out.”