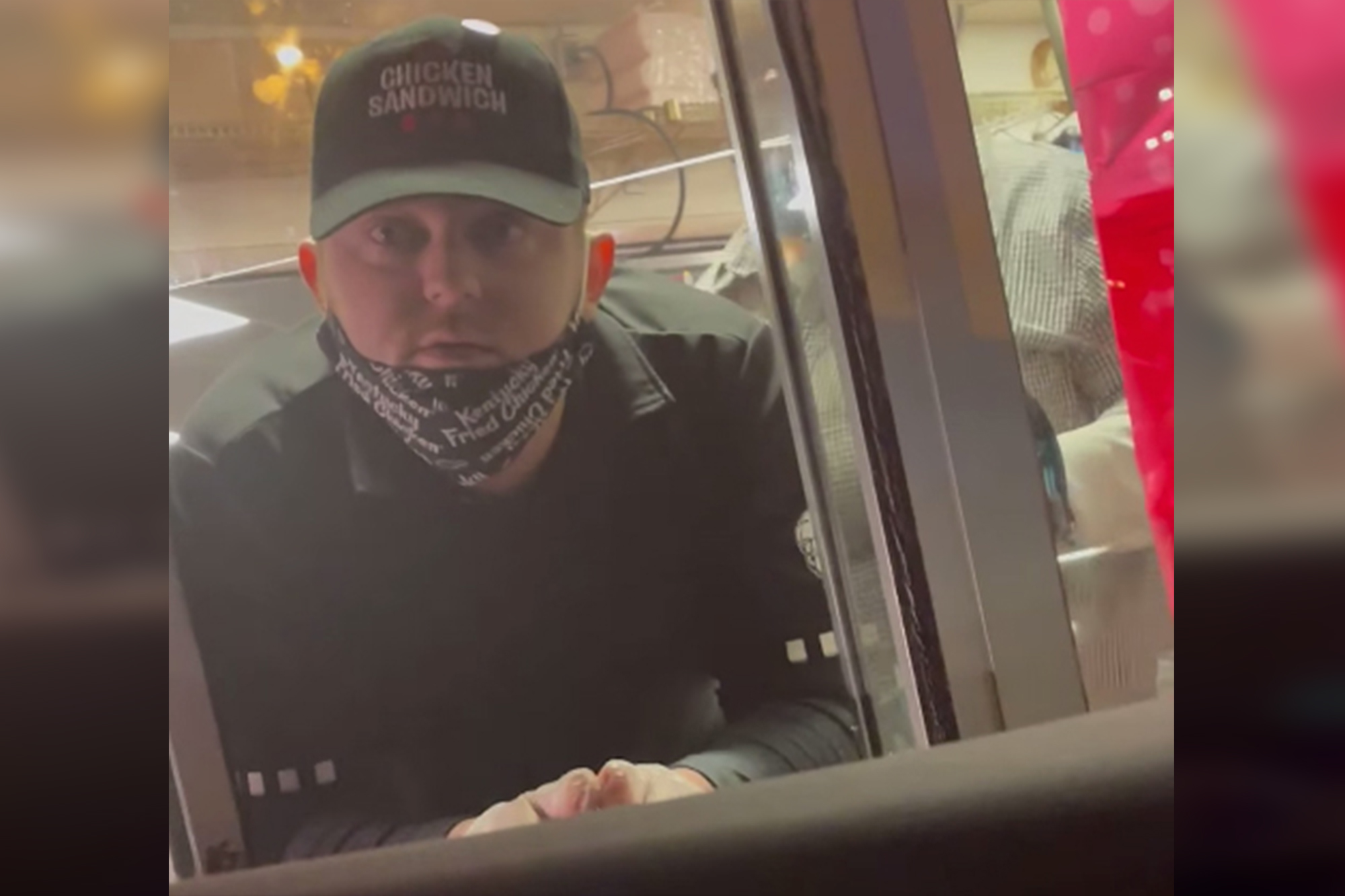 A KFC employee has been fired after hurling homophobic slurs at a gay couple in Illinois on Wednesday night.

Joshua Garner and his partner Lee Walls were picking up an order for a DoorDash customer at a drive-thru of a KFC in Springfield when the angry employee began verbally attacking them, WAND reported.

Garner recorded the incident, in which the man calls the couple “queers” and “f–s.”

“I don’t give a f–k if y’all are gay or not. This motherf—-r looks queer so he can get the f–k out of here,” the employee lashes out.

“You’re going to lose your job I hope you know that!” Garner replies.

Garner says the incident has left him and Walls shaken up, and he hopes everyone involved, including the manager, gets fired.

KFC said Thursday Burke had been axed, and that the franchisee who owns the restaurant has apologized to the couple.